One of my favorite restaurants in my neighborhood is called Tessa. They have a small but perfectly formed menu of pan-Mediterranean cuisine and I particularly like eating at the long and beautiful curved bar there – on top of excellent food, it is also probably one of the prettiest restaurants I’ve ever seen.

While last dining there a few weeks ago, my friend Caroline and I shared a tuna tartare dish that was simply amazing and I knew there and then that I just had to try and recreate it. I could tell that the tuna was seasoned with traditional Mediterranean flavors (olive oil, minced shallots, chives, lemon) and it was served with a savory avocado ice-cream on top which was a first for me and a complete revelation.

Shortly thereafter, I invited a group of friends for Sunday lunch and it was the first thing I knew I was going to make. After my successful attempt at cooking beef tenderloin earlier this year, I also knew I wanted to make another beef dish for the main and I came across a Gordon Ramsay recipe that picked my interest: tenderloin fillets that are quickly seared on the stove top and then topped with a creamy mushroom and parmesan gratin before finishing off in the oven. I had also wanted to try making Domino Potatoes for a while so I served this along with some simple sautéed green beans as sides. I also made another appetizer, a delicious smoked salmon, mascarpone and tarragon paté from Donna Hay that went down nicely.

We had such a nice afternoon, eating, drinking and playing with our friends gorgeous baby boy Hudson. He is the first little addition to our group – we all consider ourselves his aunties and uncles and are all in awe of him. With most of my friends’ families living either in different cities in America or in different countries all together (as is also the case for Hudson’s parents) we have become a family of our own, in all its dysfunctional beauty at times … but I wouldn’t change it for the world! 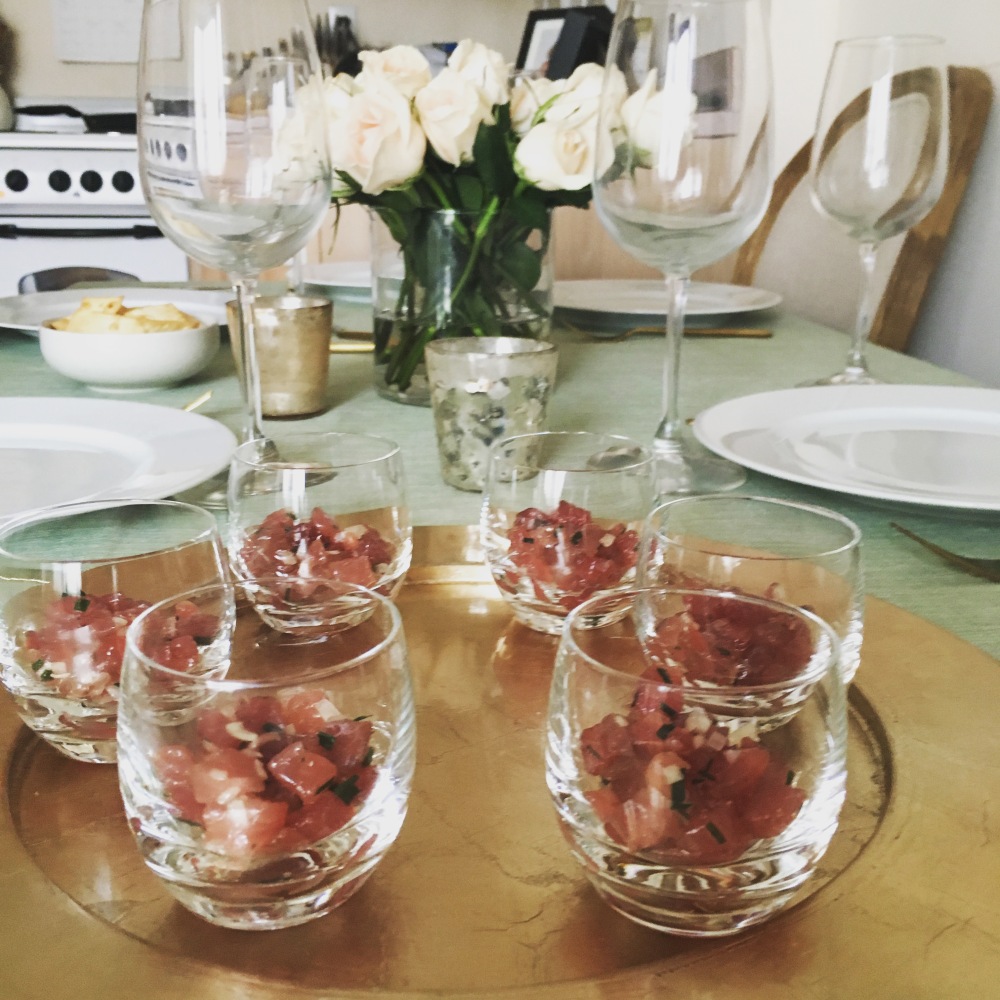 I  had a lot of fun trying to recreate this dish! I decided to use a couple of tricks that I learned when making Tomas Keller’s salmon tartare. The first is to use and make lemon oil instead of using lemon juice which essentially cooks the raw fish. There is a simple recipe to making lemon oil here and I made it a couple of days in advance. The second is to rinse shallots (or any other types of onions) in cold water if you are going to have them raw so that some of the metallic taste/edge is softened.

I struggled to find a savory recipe for avocado ice-cream so I kind of adapted from various ones. I learned while doing my research that while I wanted the ice-cream to be savory, I couldn’t take out the sugar entirely as it helps with the formation of ice crystals. I don’t have an ice-cream machine so the resulting product was not malleable enough to form into traditional balls but the taste was there!

Half a tablespoon of lemon oil

For the avocado and lime ice-cream

1 ripe avocado
Juice of 1 and a half lime
1/2 cup of heavy cream
Good pinch of sugar
Season with salt to taste
1. Using a blender, mix all the ingredients until smooth.
2. Pour mixture into a resealable container and freeze overnight. 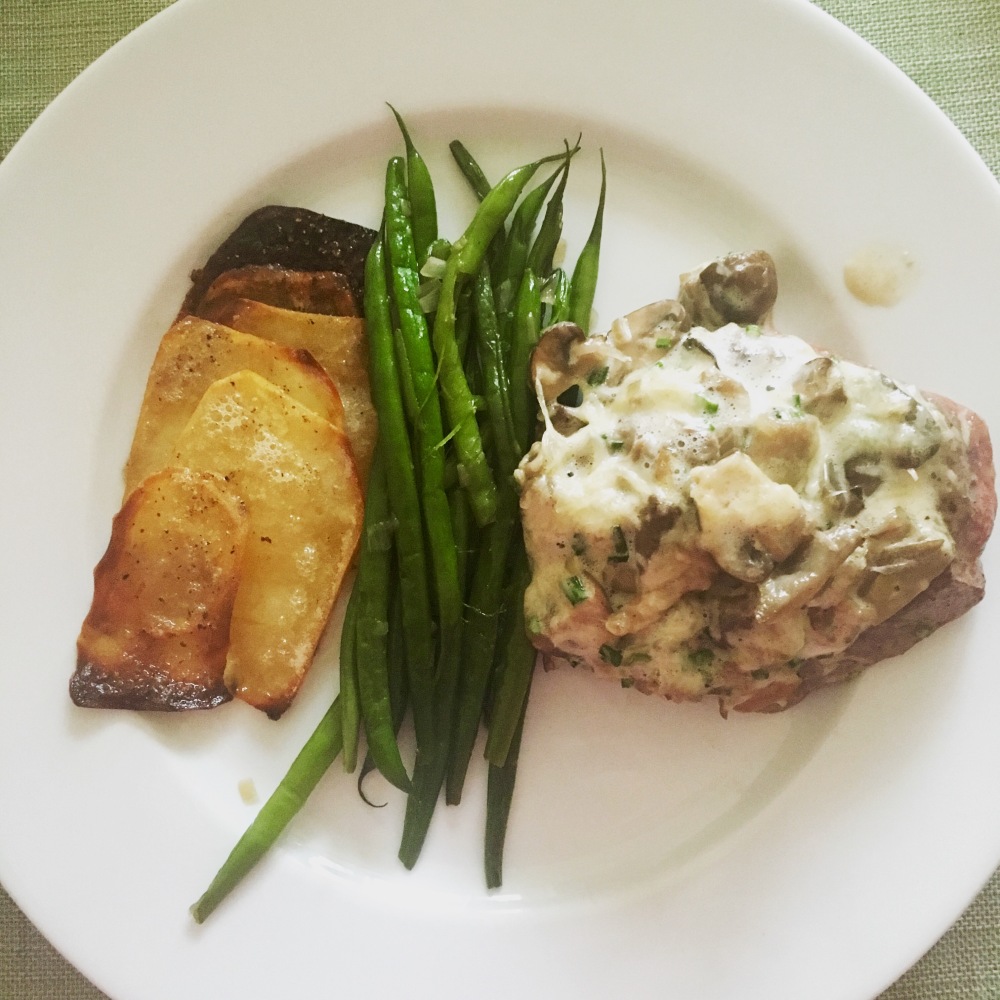 Smoked Salmon Paté Recipe
Beef Tenderloin with Mushroom Gratin Recipe
Potato Dominoes Recipe
I would suggest an amendment to this recipe which is to grease the baking sheet before laying the potatoes so they do not get stuck to it.