One the chefs they focused on was Michel Troisgros, son of Pierre who created the revered 3 Michelin star Maison Troisgros in Roanne with his brother Jean. Together they helped evolve French cuisine to a lighter fare, privileging more nuanced dishes over the rich ones of the past. It was fun watching the episode with my mum and dad as they have frequented the restaurant a couple of times and still talk about the amazing experience that eating there was. I must try to go on my next visit home!

One of their most famous recipes, Saumon à l’Oseille (salmon with sorrel), was created almost by accident in 1963, when Jean and Pierre Troisgros had been experimenting with the technique of flattening a salmon fillet to then only quickly sear it to obtain a medium rare and succulent texture. Legend has it that as they were doing this, their mother came into the kitchen with a fresh bunch of sorrel leaves from their garden and they just threw it in a cream based sauce. The rest, as they say, is history and of course I knew that I wanted to try this dish as soon as I saw it.

My guinea pigs for this dish were my dear friend Josh and his new boyfriend Jaime. It was only my second time meeting his boyfriend and therefore my first time cooking for him and I thought it would be great to make something very French. Jaime is Colombian and we instantly clicked because I not only love Colombia (I have visited twice and I am completely in love with the city of Cartagena, one of my favorite places on earth) but because he is simply a great guy. And I am hoping that since I made French food, I might get a taste of his homemade arepas at some point in the near future!

I debated doing the salmon in exactly the same way as described in the recipe – flattening it between cling film and searing it – but since tasting salmon sous-vide, I haven’t really been able to go back to any other methods of cooking it, so that’s what I did. I did however give the fillets a quick sear for color just before serving.

I picked up some gorgeous fillets of organic salmon from Citarella – when planning on serving fish on the rare side, I think that quality is incredibly important and worth the extra cost. Since the dish comes with a very decadent sauce (I kind of looked away as I was folding in ridiculous amounts of butter into it), I wanted the rest of the dishes to be simple and bright. 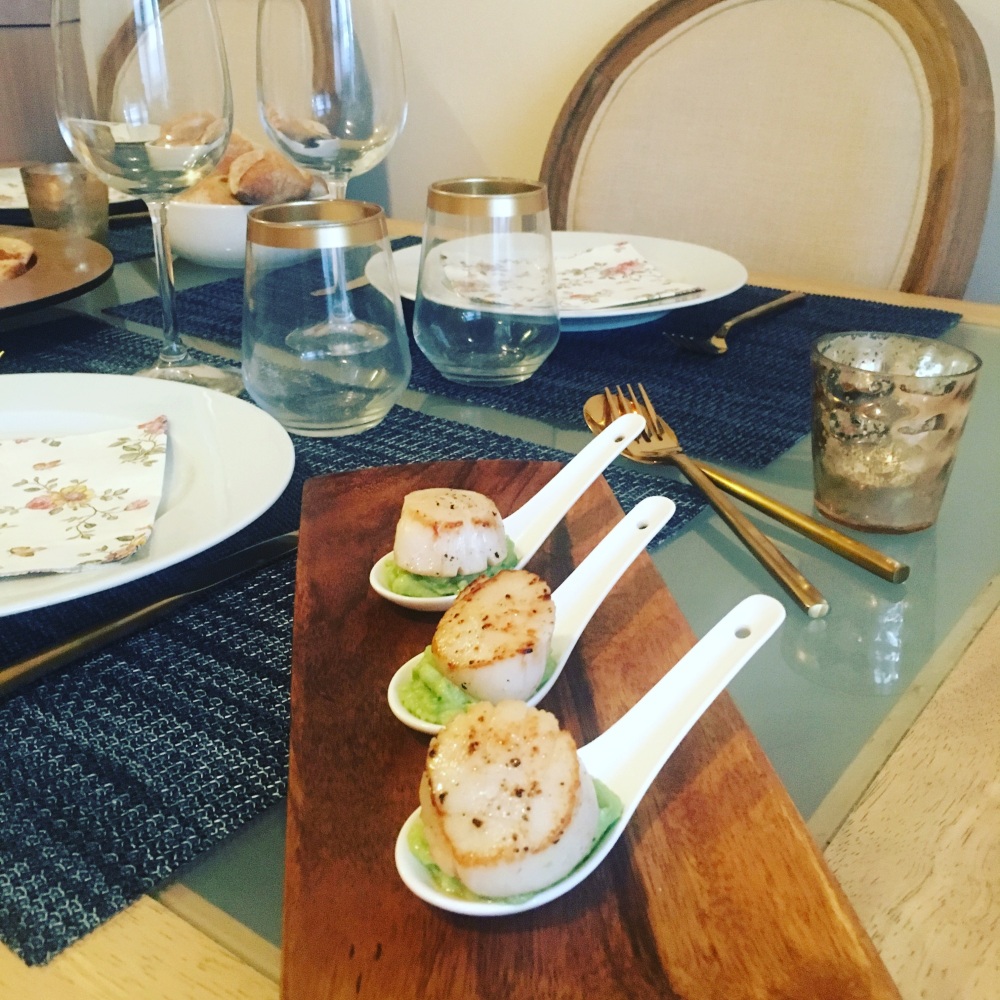 I picked a seared scallops starter, served on a dollop of avocado mousse spiked with lime juice and zest. I love serving things in chinese spoons so opted for that presentation. And of course, I can never get enough of crostinis and made these roasted garlic cherry tomato ones because slowly roasting tomatoes just impart them a sweet yet still savory flavor that’s completely addictive I think! 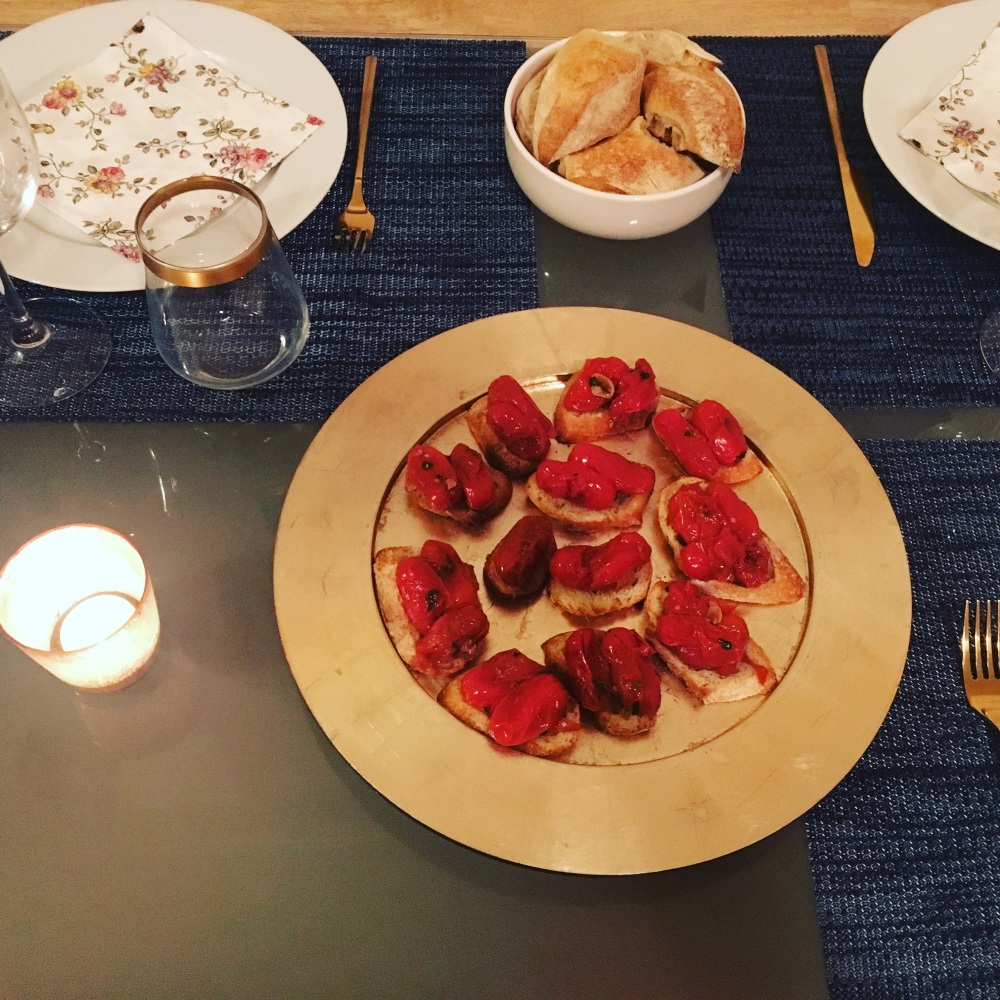 For the side dish, I simply roasted some fingerling potatoes with salt, pepper, olive oil and few thyme leaves. I steamed some asparagus until they were just tender, plunged them in ice water to immediately stop the cooking process and keep them crisp and bright green – and when I was ready to serve, I added them to the roasted potatoes to warm up. It is my favorite way of cooking asparagus – steaming them and icing them first, and only then either lightly searing them with herbs and oil or roasting them for a few minutes to warm them up. They retain their texture and clean taste much better that way I think.

The recipe for the famous Saumon a l’oseille can be found here. I must say that I had some serious doubt that it would turn out well as I was making the cream sauce. It calls for crême fraiche, which is quite sour and I ended up adding double cream to the sauce to temper the taste a little. It was still a little bitter tasting but somehow, once poured over the salmon, the tanginess of the sauce worked beautifully against the silky texture of the fish. My guests loved it 🙂