I wanted to make something a little extra special for my first Sunday lunch of the year and set my heart on wanting to work with oysters for the first time ever.

Funnily enough, I didn’t really start eating oysters until I moved to New York. In France, they are a special treat usually reserved for Christmas, but I was always grossed out by the idea of them while growing up so I never ate them. When my mum started to experiment with cooking them – the most memorable time being the first time she poached them in champagne – I was more receptive to them but they were still far from my favorite thing to eat.

When I moved to NYC however, I was surprised to see oysters being quite ubiquitous and my friends would often order a big platter of them alongside their “happy hour” drinks. The oysters also seemed much smaller on average (and therefore much more palatable) compared to the ones my parents normally get in France (the enormous Belon oysters) so I eventually tried one and much to my surprise, really enjoyed it. While I still can’t eat much more than perhaps 4 to 6 oysters in one sitting, it has become one of my favorite summer time appetizers, especially of course with an ice cold glass of Champagne or Prosecco on the side.

I knew that for this meal, I wanted to serve some raw as well as some cooked and headed to Citarella in my neighborhood where I bought Beausoleil oysters, which are briny and quite dainty.

For the raw version, I came across a Donna Hay (an amazing Australian food writer) recipe that called for a dollop of lemony crême fraiche atop the oysters. I made the crême fraiche mixture even more intense by adding lemon zest as well, omitted the horseradish and salmon roe as I was concerned about too many competing flavors, and served with a few micro-herbs for color. The crême fraiche was definitely a surprising addition but worked very well against the salty oysters. For the cooked version, I made a tarragon compound butter to which I added a few drops of Tabasco for a little edge. I heated my oven to 350F and smeared the oysters with the butter and sprinkled panko crumbs for crunch before popping them in for around 8 minutes. They were a real hit and I will definitely make those again! 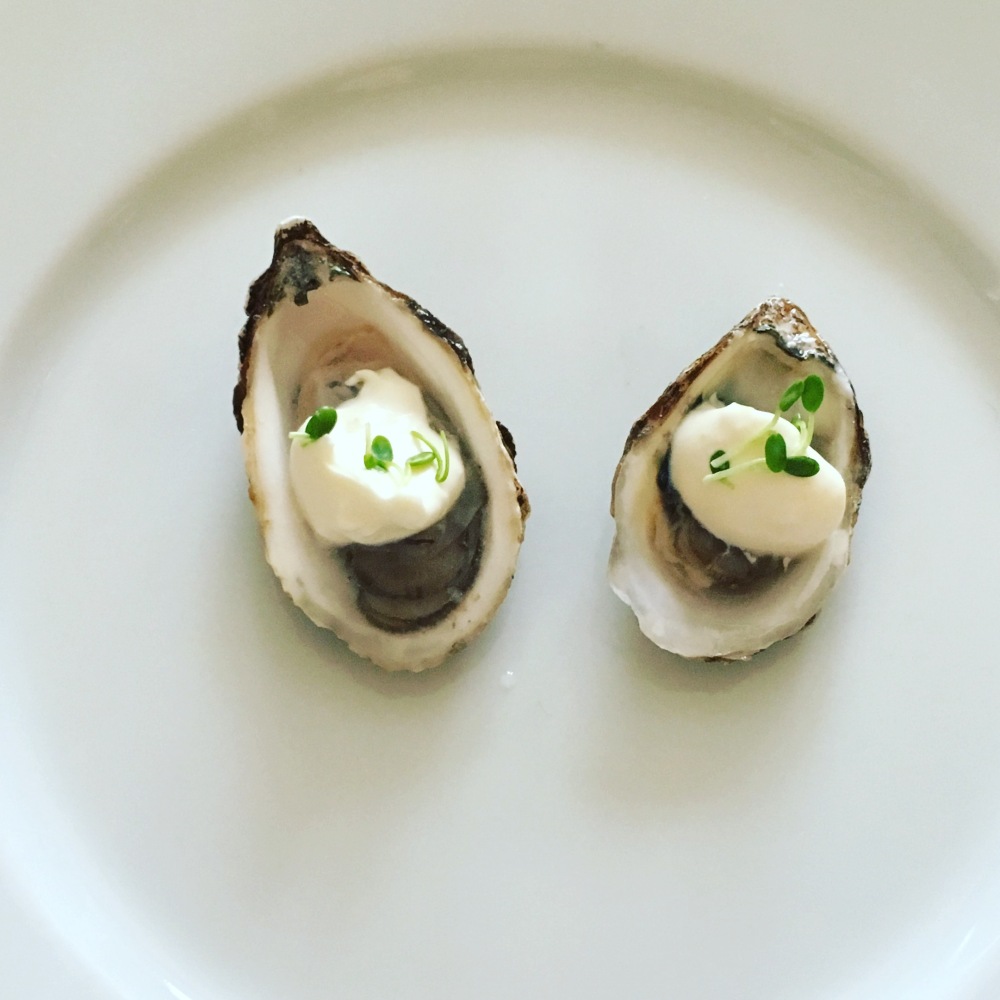 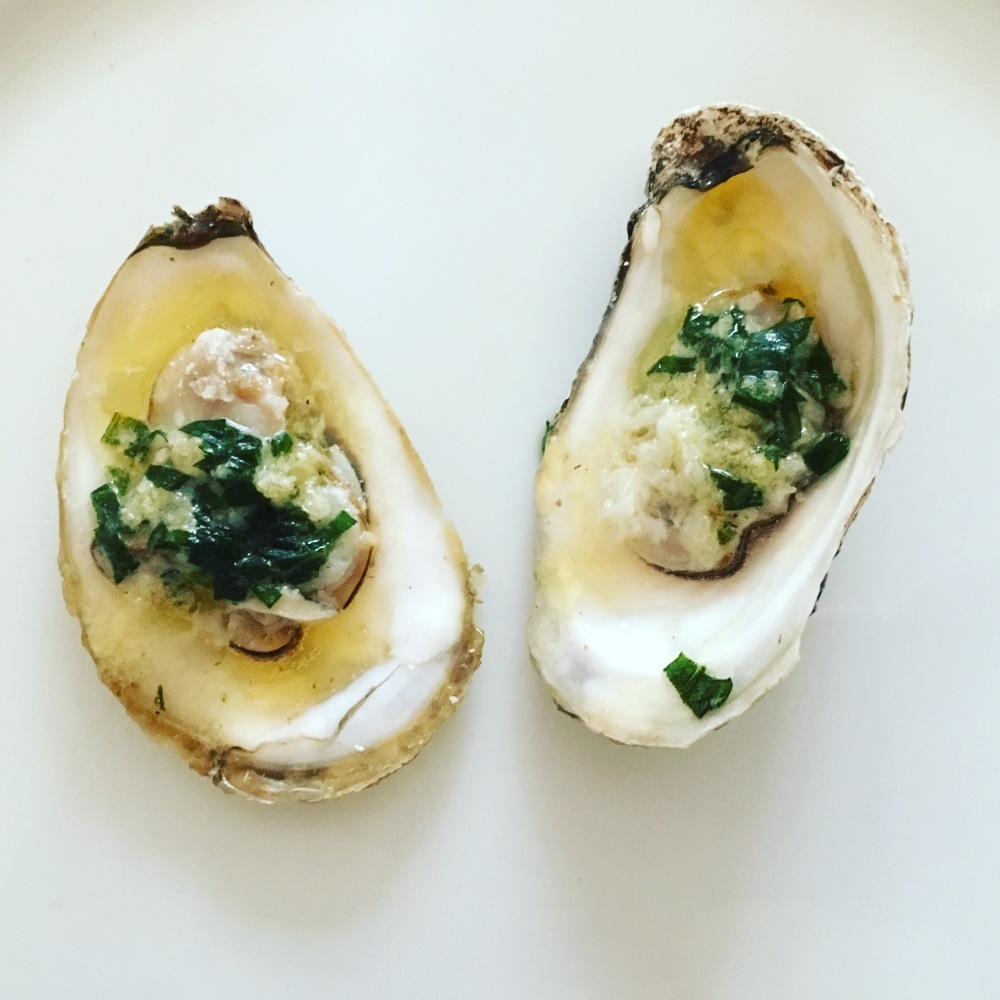 Since I was only serving 2 raw and 2 cooked oysters to each of my guests, I wanted to make another appetizer that would be a bit more substantial and opted for spicy tuna on crispy rice, one of my favorite dishes served at Koi . I followed this recipe published on Goop for the most part, although I found a little more guidance on how to mold the rice here. I cooked the sushi rice the day before and packed it in ice cube trays overnight to give them a uniform and sturdy shape but even following this advice, some of the rice “cubes” did fall apart a little when frying them – thankfully I popped them back in the fridge as soon as they were done and that helped them stay solid enough to put the spicy tuna mixture on top of them when it came time to serving. I think that next time, I will try to pack them in even more tightly or try to shape them with a sushi mat.

For the main dish, I decided on a pork tenderloin which I seasoned generously and marinated overnight with a little olive oil, slivers of garlic and a few branches of thyme. I then cooked it sous-vide at 140F for a couple of hours and it came out absolutely beautiful – juicy, tender, melt in your mouth and very flavorful thanks to the marinade. I served it with some fingerling potatoes and chanterelles that I had slowly caramelized on the stove top, roughly following this recipe except that added sage and thyme to the pan as well. I also made a pan sauce using butter, whole grain mustard, white wine and the cooking juices from the pork.

For an element of green in an otherwise quite wintry dish, I made this  herbaceous salad from the NY Times. I love using herbs whole like salad leaves and this really packed a punch with parsley, coriander, dill and basil mixed in with arugula and soft lettuce. Combined with a nutty butter dressing, it was utterly delicious it and will definitely be making it again.